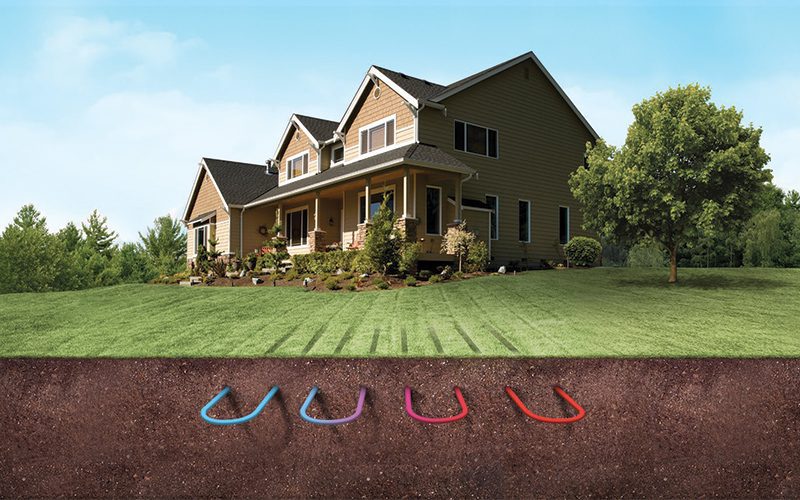 When your home in Kitty Hawk, NC, needs a new heating and air conditioning system, geothermal HVAC systems offer many benefits. The four seasons of weather in the area mean that you might need heating one day and cooling the next, and geothermal systems do this effectively and efficiently. Before you make a decision, it’s important to know how geothermal heating and cooling systems work.

Transfer Energy Between the Earth and Your Home

Geothermal heat pumps don’t create heat. They move it like other heat pumps do. The difference with geothermal is that instead of the air being the transferring location for energy, the Earth is the source. The geothermal heat pump uses some electricity to cycle a chemical refrigerant through tubes in your home and buried under the soil in your yard. That refrigerant is capable of absorbing heat energy. It moves the energy from an area of high concentration to an area of lower concentration.

The heat pump’s reversing valve allows the system to switch between transferring heat out of your home and transferring heat into it. The indoor unit typically has a variable-speed fan and compressor, and it works at the lowest needed speed to maintain the temperature you set on the thermostat. Geothermal systems offer compatibility with smart thermostats, allowing you to precisely control your home’s temperature from anywhere.

For more information about how geothermal heating and cooling systems work, take a look at R.A. Hoy Heating and Air Conditioning’s geothermal services, or get in touch with us today.